Of Cranky Lists and Listing Cranks 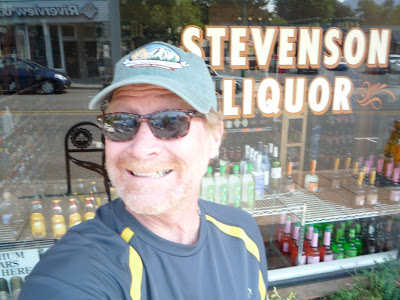 When I posted a link on Facebook to Anis Shivani’s Huffington Post piece on the "15 Most Overrated Contemporary American Writers'" www.huffingtonpost.com/anis-shivani/the-15-most-overrated-con_b_672974.html, I worried a bit about the karmic chain: how would such a reiteration return to bite me in the ass? Let’s remember that the purpose of any such list ought to be to, essentially, for us to disagree, and to make our own lists. Most of us, however, will chose, to make positive lists: favorites, or underrated writers, such as Mr. Shivani himself has promised but not yet released.

Mr. Shivani says that MFA programs produce “cookie-cutter” writing. I’m not sure what this assertion is based on, but I think it’s similar to the argument that crops ups every so often against “New Yorker fiction.” There may have once been such a thing as “New Yorker fiction,” but presently the notion can easily be dispelled by picking up any four issues of the magazine and reading the fiction: much diversity there (oh I forgot, diversity as a value in fiction is not an aesthetic Mr. Shivani appreciates very much). But diversity abounds in MFA programs; I see it every day.

His other easily dismissed point about MFA programs also seems to suffer from some bizarre, if not paranoid, sense that MFA programs have incestuous ties to the publishing world. I’d love to know more! Where do I sign up? As Bill points out, the publishing world has bigger issues at the moment, mainly that it seems to be disappearing. This is not due to long-time non-existent collusion with MFA programs. More likely due to a long-time collusion with the almighty dollar.

The point that Mr. Shivani makes that I find most interesting, and, I admit, worrisome, is that somehow MFA programs have led to a loss of critical thinking and reading. I worry about how much we can do with a student’s course of study in a two or three year period in a program for which the single most important criteria for admission is writing ability. I have to remind myself that three years is not very long, that an MFA is not a PhD, and that like all hard-earned rewards, critical thinking and reading come from a life-long commitment. While Mr. Shivani claims that MFA programs have somehow contributed to the decline of critical thinking, in actuality this is yet another prong of his argument for which he himself has provided no evidence. And yet his own poor argumentative skills apparently were not learned in an MFA program.

Yet I sympathize with the view that we all really ought to read more and read with a more critical eye. Of course we do.

A few notes on his selections. I haven’t read many of them, so cannot comment. But I did wonder how much of their work Mr. Shivani himself had read. William Vollman's literary crime seems to be that he has written too much. For all his words, I’m not sure Vollman has enough readers to be overrated.

Vendler and Kakutani have too much power. Okay. The power pie probably ought to be sliced up differently. Big deal. Vendler is taken to task for championing Jorie Graham. And the fact that they are both presently at Harvard, Mr. Shivani implies, is . . . conspiratorial. (Note: Mr. Shivani claims some sort of connection to Harvard, but it’s very diplomatically written, so as to be nearly meaningless). But Shivani ought to know—Harvard affiliation or not–that Vendler’s appreciation for Graham’s work began before joined Harvard’s faculty full-time, and that Graham’s appointment there came much later. (Note to Mr. Shivani: this is how the world works. When you apply for a job, someone on the hiring committee must champion your value and convince other member of the committee of it.)

Mr. Shivani thinks Jonathan Safran Foer is overrated, more or less neglecting his brilliant first book, Everything is Illuminated, written when he was practically a teenager. His critique of Denis Johnson seems, again, ignorant of the work, and, okay I admit, I love Johnson’s work, and I guess that Harold Bloom is a moron for loving it also. Antonya Nelson? Hard-working, sharp-eyed, under-read Antonya Nelson? How can someone so undeservingly under-read make an overrated list? I don’t get it. Could it be that she lives in Houston, where Mr. Shivani lives, and deep down (though not too deeply) Mr. Shivani is simply jealous?

So, why did I post this article on my Facebook page? Well, it made me think. It alerted me to possible attacks on the MFA, an institution in which I believe. Work against whatever grain of truth those breathless assertions might contain. It’s good to be reminded there ought to be no sacred literary cows, eh? Surely some writers are indeed overrated, if not these, who? All he’s really said is: I don’t think these writers are as good as other people do. There’s no harm in saying that. He’s stirred the pot a bit, and let’s face it, that’s exactly what he was trying to do.

Read more. Think critically. Be better conversant in the literary conversation.
Posted by David Stevenson at 9:17 AM