Notes toward an essay on Kerouac 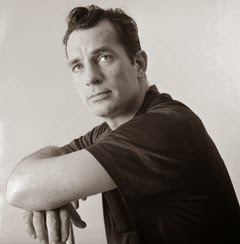 Frontmatter to: "Kerouac in (and mostly out of) California"

Just in the last month, well after I set out to revaluate my own dwindling appreciation of Jack Kerouac at least four prominent Kerouac-related articles appeared in the national news. The first was a review of the Library of America edition of Kerouac’s poetry by Bruce Bawer in The New Criterion.  To give you the gist of that critique I will cite a couple of the more entertaining passages.  Bawer says, “the best way to get through Kerouac’s poems is to approach them not as literary texts but as private ramblings of the sort you might find in the files of a psych ward.”  Further, speaking of the Beats in general, Bawer observes “ . . . with their glib contempt for capitalism and mainstream society, their romanticization of criminality, drug abuse, and the tragedy of mental illness, and their narcissistic rebranding as virtues of their own shiftlessness and dissolution—they would turn out to be, to an amazing extent, the seed of pretty much everything that was rotten about the American 1960s and their aftermath.”  I was also amused by his description of Neal Cassady as a “footloose priapic young psychopath.”

2.  In the September 6 New Yorker Ian Scheffler researches biographer Joyce Johnson’s question: “Did the effects of cumulative damage to the brain over Jack’s lifetime contribute to his deepening alcoholism and depression?”  Johnson was Kerouac’s girlfriend when he showed up at her door broken and beaten after a drunken episode in a Greenwich Village tavern.  The beating included Kerouac’s head being smashed repeatedly against a street curb. Scheffler tracks Kerouac’s traumatic brain injuries, mostly from football, and concludes that most probably he did indeed suffer from Chronic Traumatic Encephalitis as a result of so many violent concussions.  The most prevalent of all CTE symptoms is depression, but also impulse control (which leads to substance abuse) and memory loss, which Kerouac began complaining of while in his late twenties.  This is the affliction that plagues former National Football League players who just won a ¾ of a billion dollar judgment from the league.  But CTE can only be proven by physical examination of the brain itself, so this foray into forensic literary diagnosis must remain somewhat speculative.
I am reminded here of William F Nolan’s essay on Hemingway titled “Last Days of the Lion” published in 1974.  Its second very long paragraph listed the traumatic physical accidents Hemingway endured including several before taking the 237 pieces of shrapnel in World War I down to the two plane crashes, both in 1954 that he miraculously survived. We think of the tragedy of his suicide, but Nolan’s conclusion was that he was physically exhausted, there wasn’t much left.

3.  The death in August of Beatrice Kozera, or as she was portrayed in the On the Road Terry, the Mexican girl.  She was 92.  She had only known for three years that Kerouac had written of their relationship. When the writer Tim Hernandez, discovered her, Bea’s daughter said to him “ “She doesn’t know any famous writers.  She’s not of that world.”  By that time, 2010, she wasn’t quite sure of his name “Jack, or John?”   She said she knew nothing of about a writer named Kerouac. After her death, her son searched her library for signs of Kerouac’s books and found none.   The passage describing Kerouac’s abandoning Terry the Mexican Girl has always struck me as one of the saddest moments in the book.

4.  Finally Carolyn Cassady “ the grande dame of the Beat generation,” died just a few weeks ago at the age of 90.  She had been the second wife to Neal Cassady and slept with Kerouac, writing about it all in her two books Heart Beat: My Life with Jack and Neal, and Off the Road, My Years with Cassady, Kerouac and Ginsberg.  She her the book as a “sobering corrective to what she considered the essentially unhappy lives of these men.”  This an assessment with which I will essentially agree in the essay that follows.

Although I do fully intend to make good on my promise to discuss Kerouac in California, particularly in the California as portrayed in the many iterations of On the Road, I will begin by disclosing that what I’m really concerned with is Kerouac’s influence.  That is, his enduring influence on American culture and his waning influence on me.

These are three notable moments in my on my road to disenchantment with Kerouac:

1)     Teaching On the Road to my lower division general education literature class was basically a disaster.  I have always been slow to teach books I love most.  Why?  I think that “love” of a book is deeply personal and hard to articulate. Some books I don’t even wish to reread (much less try to teach): I want the memory of my first reading experience to last.  I don’t wish to be woken up to the fact that I was sentimental reader, naïve, beyond belief, filled with youthful notions long outgrown.  I don’t want Crosby Stills Nash and Young’s prophetic line “Don’t let the past remind us of what we are not now” to become an unheeded warning.  Suffice to say that in teaching the book the women students in the class were unimpressed by both the portrayal of women and the male characters’ treatment of them.  This is of course further complicated by the book’s genre, which is best described, I think by one of his earliest biographer’s, Anne Charters, phrase,” confessional picaresque memoir.”  I couldn’t think up an adequate defense.  Talking about this later with the writer Rebecca Solnit, she generously let Kerouac off the hook: “He was writing in a decade that wasn’t so favorable for my gender.”

2)     The late photographs of Kerouac.  How I wish I hade never seen them!  Ginsberg sums up his last photograph of Kerouac at their last meeting in 1964, three years before his death:  "Jack Kerouac on visit to Manhattan, last time he stopped at my apartment 704 East 5th Street, Lower East Side, he then looked like his father, corpulent red-faced W.C. Fields yawning with mortal horror, eyes closed a moment on D.M.T. visions.”

3)     The new (2012) Walter Salles’ adaptation of On the Road to film.  On the Road has always felt to me to be a particularly American novel, and I think the film succeeds in its peculiar Americanness.  And yet, I can’t erase, from my mind, just like I can’t erase the image of the bloated alcoholic dead-in-life long before his time, the facts of the film’s making: the fact that its director is Brazilian, that two of the three leading actors are British and that the American landscape filmed in Argentina, the interior scenes shot in Canada.  The America that Kerouac wrote about surely doesn’t exist today; I wonder if it ever did exist.  As the credits of the film role down the screen there are scenes of the Neal Cassady figure walking down railroad tracks in the desert.  These, of course, are prefiguring his death just one year before Kerouac’s own death at 47, in his mothers’ home of internal bleeding which was complicated by cirrhosis of the liver, the result of a lifetime of heavy drinking.  He was drinking a glass of whiskey and malt liquor and writing notes about his father’s print shop when the bleeding began.

Posted by David Stevenson at 1:08 PM